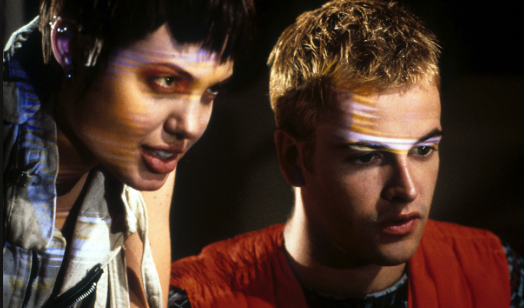 Hacker cinema from the 1990’s upon original release was criticized as being “dubious,” “unrealistic,” and “implausible.”

Blast ahead 20 years and we see that the themes in these films aren’t just plausible, but instead are very real. In our modern hyper-connected world, the hacks these films depict either have already occurred or are awaiting to be seen. In many cases it’s not a matter of if, but when.

Today, we’ll be looking at the movie “Hackers” and evaluating whether it was ahead of its time or just Hollywood pixie dust.

Let’s Start At The Beginning

“Hackers” begins by exposing a researcher’s greatest fear. 11 year old Dade “Zero Cool” Murphy has been charged with hacking into Wall Street and instead of being commended, he is being criminally charged for his actions and been sentenced to not being able to use a computer or telephone until his 18th birthday.

Time flies and we are whisked to the streets of New York City where 18 year old Dade is social engineering his way into taking over a TV station by impersonating an accountant whose home computer isn’t working. He does this because he loves the challenge and so that he can watch his favorite show, The Outer Limits.

He gets into a cyber dogfight with another hacker, Acid Burn, whose turf he has stepped on. He loses the battle, to his surprise, and unbeknownst to him is going to be seeing plenty more of Acid Burn.

The next day, Dade begins his first day at his new school and what follows is fast-paced, action packed plot development.

After meeting Kate, played by newcomer Angelina Jolie, Dade hacks his way into the school’s administrative software system and transfers himself into the same classes as her. Later that night, he hacks into the building management software for the school and activates the sprinkler system to go off at 9:30am sharp.

Today, if you were able to obtain access to these systems, you could perform these simple commands rather effortlessly. All of our educational systems have been digitized and newer modern buildings require modern systems that run on sophisticated software.

Ironically, all time great film critic, Roger Ebert, had this to say back in 1992: “Hackers” is, I have no doubt, deeply dubious in the computer science department. It shares the common hacksploitation conceit that a kid with a computer and a modem can alter the course of human events with a few taps on his keyboard.”

He also added, “…while it is no doubt true that in real life no hacker could do what the characters in this movie do, it is no doubt equally true that what hackers can do would not make a very entertaining movie.”

And why not Mr. Ebert? If history has shown us anything it is that a hacker with a computer and an internet connection can do many things! All software contains vulnerabilities and it takes a community to work together to solve those problems. Community is one of the film’s main messages.

“Hackers” is littered with realistic (and unrealistic) depictions of hacking. The instances of social engineering are exciting and entertaining. Hacks on ATM machines, bank accounts, and public transportation grids could and have happened before. And yes, the film has moments that require us to suspend disbelief and not roll our eyes, too much. Changing people’s criminal records is not as easy as 1-2-3 and neither is hacking into the FBI.

However, if there is one thing that “Hackers” gets completely right it is this:

Hackers are heroes. This is something we can all agree on.

“Hackers of the world unite!”

Do you have a favorite hacker movie? If so, tweet us @Hacker0x01 and we will add it to our list.

Here is why you should have Cobalt Strike detection in place