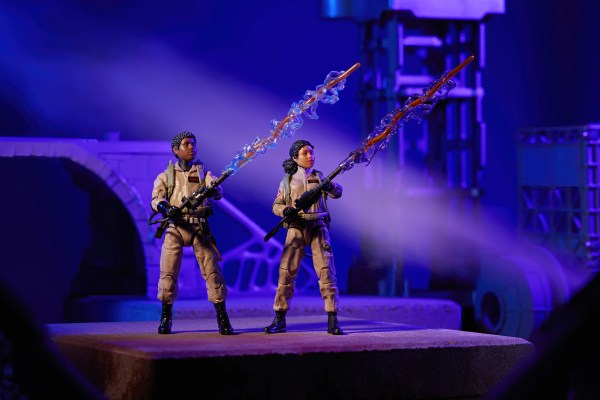 Toy and games maker Hasbro is bringing your face to an action figure near you with its newest partnership. It’s using a new 3D printing material and workflow from 3D printer company Formlabs to create custom action figures at scale.

The project is called the Hasbro Selfie Series, and makes it possible for fans to create “collector-grade” six-inch action figures that looks like themselves. To make a figure, download the Hasbro Pulse app, scan your face, customize the action figure and hairstyle, and wait until the postman brings you the coolest thing you’ve ever seen: Yourself, but tiny and in plastic.

Your face can be added to characters from GI Joe, Ghostbusters, Power Rangers, and others.

The partnership is a culmination of an exploration that started back in 2014, when Hasbro started using Formlabs 3D printers to rapidly prototype action figures. Now, the partnership has evolved from prototyping to end-product manufacturing, enabling fans to create personalized action figures based on classic to current characters seen across popular films, television series and comics.

“Our work with Hasbro continues to evolve to be at the forefront of innovation,” said Max Lobovsky, CEO and co-founder of Formlabs. “3D printing has long been viewed as a prototyping tool, but the Hasbro Selfie Series personalization platform demonstrates that Formlabs enables end-product manufacturing at scale. I love making and personalizing things I use and am excited to see how fans react to this new 3D printing-powered experience.”

Check out how it all works in Formlabs’ video:

Microsoft reverses its decision to ban the sale of open source software in the Microsoft Store, due to mounting criticism (Sofia Wyciślik-Wilson/BetaNews)