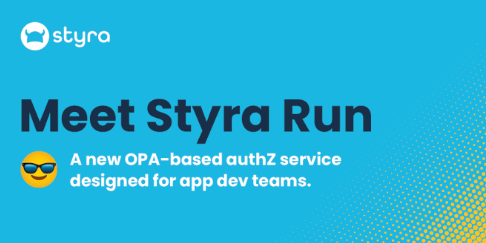 With this, teams are enabled to accelerate time to market, remove ongoing maintenance demands, and improve the experience for end users.

According to the company, this service works to free software developers from the complex and time-consuming tasks of building, maintaining, and operating their own authorization capabilities, collaboration features, and permissions for each of their apps.

Key features of this release include integration into application UI, API, and data layer; offloaded storage and global replication of end user permissions data; and pre-built OPA logic for application authorization use cases such as adding sharing capabilities for consumer apps or team based controls for enterprise apps.

“Styra Run revolutionizes the way that app developers think about and implement authorization for end-users,” said Tim Hinrichs, co-founder and CTO of Styra “Every app on the planet has permissions, access control, sharing or other authorization built in. But by eliminating the need to constantly recreate authorization in each application, Styra Run improves time to market and quality, and provides better features than teams would build themselves. Similar to how ‘Sign in with Google’ eliminated the need for local user identity and passwords, Styra Run eliminates the need for custom built-per-app permission systems, so app developers and product teams can focus on better features and end-user experience.”

Styra Run is currently available in private beta. Contact Styra to learn how to integrate Styra Run into your SaaS application.

DevOps and Open Source — Why Does This Duo Work?