Hopping on the low-code locomotive 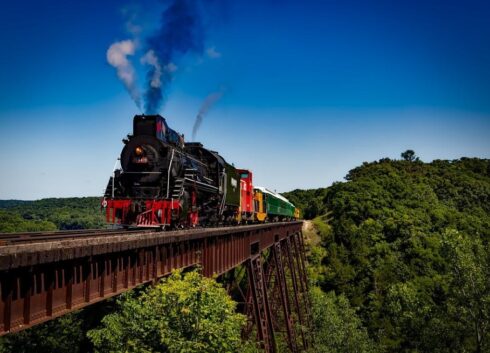 Will enterprise developers go loco for low-code, or will the whole concept someday become a no-go?

Until recently, analysts would lump low-code in with no-code and a host of tools offering some form of drag-and-drop ease that enables ‘citizen developers’ (meaning: non-developers) the means to deliver apps. But where should you start in thinking about your own enterprise’s journey to low-code?

Looking at the rate of investment and vendor acquisition in the low-code solution space, it seems like this arena has never been hotter. But in another sense, it’s always been with us.

Ever since the first desktop applications appeared, software companies have sought a way to endow professionals who didn’t have the time or inclination to learn C with the ability to build and design functionality.

Before RAD and 4GLs appeared on the scene, there was Visio and some VB tools on Windows, and Hypercard on the Mac. Even Excel started a revolution among skilled spreadsheet wizards armed with a few macros. These early forms of low-code were pretty localized in orientation, predating the explosion of content yet to come via internet services.

Low code is on a continuum

According to my colleague Jason Bloomberg, low code is on a continuum between no code (tools requiring no coding at all) and pro code (tools that ease developers in reusing code or leveraging development skills).

There are parallels between the low-code spectrum of ‘assisted development’ solutions and the closely related business process automation and testing spaces, which share several commonalities, including a business user-centric or ‘no-code’ point-and-click simplicity on one end, and an engineering-centric ‘pro-code’ side.

In fact, we have seen several assisted development players arise from testing or automation tools that found their stride in low-code.

What will drive further low-code adoption?

Low-code solutions arose from the natural desire of every business to get ‘all hands on deck’ and become productive in delivering on the needs of customers, given constrained IT resources and budgets.

Beyond that desire, there are several major challenges that call for a low-code approach:

Maintainability. By far, technical debt is the granddaddy of low-code challenges. The need to maintain existing systems and retire or refactor obsolete or malfunctioning application code takes up the bulk of most established companies’ IT resources.

Low-code tools must add features that are modular, interoperable and especially maintainable, so developers aren’t left trying to pick up the pieces within a muddled, object-disoriented code dump.

Integration. Many low-code tools started out from an integration perspective: allowing teams to stitch together and move data between multiple tools or services to provide new functionality that wasn’t readily available before.

Low-code solutions should include both internal core systems and external services into workflows, without requiring users to understand how to construct their own APIs. Always try digging past the ‘wall of logos’ and make sure the CRM or OMS you already own can be effectively supported for end customers.

Ideally, modern low-code solutions can ease this security management burden, with role-based access controls assigned for team and functional responsibility levels. Fail to do security right, and you will either get hacked, or get Rogue IT as teams run off to do-it-anyway without draconian oversight.

Whether the new functionality is vertical or horizontal the low-code platform should provide adequate ‘safety bumpers’ in the form of pre-flight testing and early monitoring and feedback, so owners can be alerted if any application is going off track.

If low code was just about reducing labor costs or IT resource constraints, the space would gradually be consumed by adjacent development tools becoming easier to use, or automation tools becoming robust enough to define applications.

Bringing the intellectual capital of business expertise to bear within our application estates might just be the biggest game-changer for the future of low code. Wherever the code road ends, a new opportunity arises.

Hey, thanks for reading! Why not watch my archive of the latest 2022 LC/NC Developer Day session now?

What Is the Difference Between Data Compliance and Data Privacy?

Key Distinctions Between JavaScript vs Python

How to Make a Symbolic Link on Linux