“What a lot of people tell me is ‘hardware is hard,’” Eliot Horowitz explains. “I have a really big problem with that statement.”

The Viam Robotics CEO and MongoDB co-founder describes purchasing a Universal Robotics’ UR5 robot arm and programming it to play chess. “I don’t think hardware is hard. I think hardware is not that hard. But if I asked my hardware designer to go build a thing, in three months, it will work.”

The New York-based startup’s approach to the subject is that software is where things start to breakdown, and for lack of a better term, turn hard. Viam’s certainly not alone in this thought process, and the last few years have seen a big uptick in firms hoping to solve the robot software problem. Notable among them are names like Instrinsic, the Alphabet X offshoot looking to create a kind of universal software layer for industrial systems.

Fittingly, Viam’s space is littered with  hardware. It’s a large office, with an unbeatable bird’s eye view of Lincoln Center. Corners and cubicles house all manner of different robotics projects in various stages of disarray. 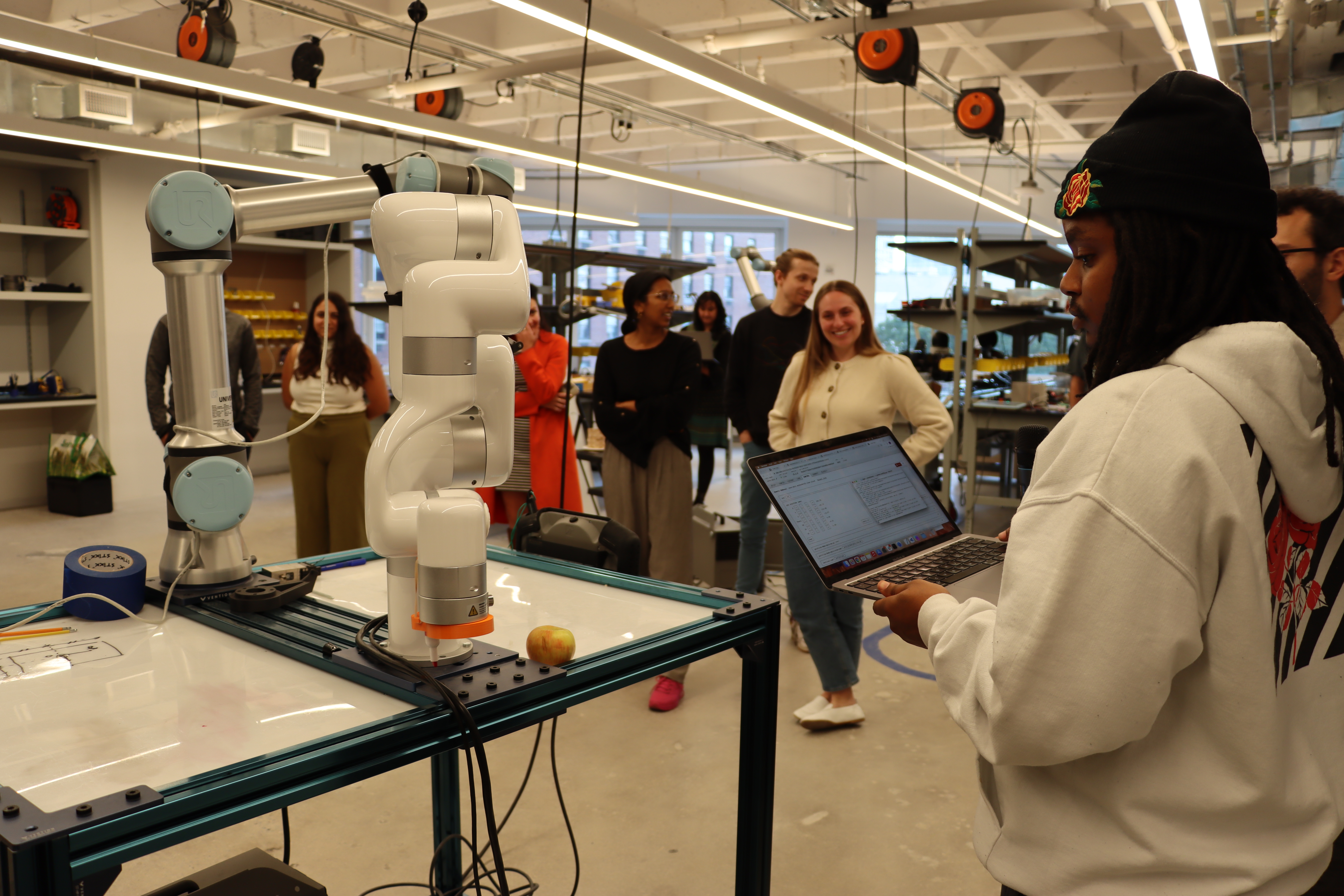 Today, the company is announcing the release of a public beta of its robotics platform. It’s an effort to make a sort of one-stop, cloud-based repository for the sorts of tools required to prototype, code, deploy and scale systems. And like some of the competitors that have sprung up in recent years, Viam developed its system with a kind of hardware agnosticism in mind.

But unlike many firms that have focused on a low- or no-code solution designed for non-programmers/roboticists, Horowitz argues that the industry simply isn’t there. He points to a web design software analogy.

“Dreamweaver was, in some ways, ahead of its time. If you look at Webflow or Squarespace, they’re kind of doing what Dreamweaver was doing, but Dreamweaver came out at a time when the backends weren’t ready for a product of its nature. It was really just a product ahead of its time. The e-commerce space wasn’t ready for no-code. I think robotics is in the same place. The benefit of a low-code solution, if it worked, would be great. I just think it’s impractical.”

The beta version of the service is currently being offered for free. It promises hardware agnostic cloud-based robotics tools, developer APIs and enterprise security. On general availability, the company will offer “consumption-based pricing” for the service. The beta arrives some eight months after Viam’s $30 million Series A, which itself followed $12 million in seed funding the year prior.

The Most Damning Allegation in the Twitter Whistleblower’s Report

Arize AI, a service for machine learning operations, or MLOps, raised a $38M Series B led by TCV, bringing its total funding to $62M (Kyle Wiggers/TechCrunch)